As October approaches, and we prepare for the start of ANOTHER DAY, we continue to introduce the playwrights involved. Today it’s the turn of London South Bank University BA (Hons) Creative Writing graduate, Aysha Scott.

Aysha, you have just recently completed your undergraduate degree in Creative Writing – did you always want to be a playwright? 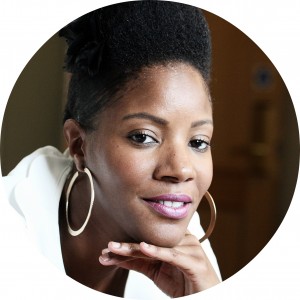 Ever since a young age I had the desire to be a writer. In my early writing practice I discovered a love for poetry and later went on to pen two poetry collections Life and Words from a Woman’s Heart. In my early twenties I expanded on my passion for writing and went on to pursue a career in acting; I trained at the Anna Scher Theatre School and was lucky enough to secure varied acting roles in TV/Film and Theatre. Some of the productions included a feature role in Breach webseries, ITV Daybreak Promo, Actimel Danone Campaign, DAARSAT commercial and Oliver Twist theatre production to name a few.

So what was the deciding factor in choosing between writing and performing?

After having my son a few years later and being tired of the typecast and limited roles for black actors I diverted back to my writing career. This time using my knowledge and skills obtained in the industry to become a scriptwriter specialising in hard hitting urban, message-based dramas in TV, Film and Theatre productions.

I met Friend of a Friend during my final year at university. Patrick and Susanna came along to one of our lectures to chat to us about the opportunity to be a part of Another Day and I was delighted when the team welcomed me on board.

ANOTHER DAY is deeply rooted in people’s experiences of SE1 and the area surrounding the Blackfriars Road, tell us about your experiences.

Studying at London South Bank University for three years I regularly commuted to Elephant and Castle. I would often explore the surrounding areas such as South Bank, Blackfriars and Waterloo and visited tourist attractions such as The Shard and London Eye. I found them both to be invigorating experiences and I was able to view the London from a panoramic view. It gave me a new perspective of the vibrant city that we often miss when on our daily travels.

And so what’s next for you?

I have co-wrote and currently producing a short film called RESIDENTIAL, based on the tragic consequences of gangland street life and crime. On completion of Residential I am seeking to produce my feature screenplay ABSENT, based on the psychological effects of absent and single parenting. I am also hoping to secure a working title as a Development Executive to further expand on my professional experience and writing career. Since graduating from university with a 2.1 Honours in Bachelor of Arts in Creative Writing, I have been awarded the Course Directors’ prize for Creative Writing.

Congratulations, Aysha! That’s a fantastic achievement, and we’re delighted to have you on board.