A Friend of a Friend is pleased to welcome two interns to the team for our 2014 season. They will be working on the productions that we have lined up for the year and gaining experience in all aspects of Production. We caught up with Jess to find out a bit more about her.

Hi Jess, welcome to the team. How did you start your career?

Just turning 19, I am at the beginning of my career. I have kicked started it by studying 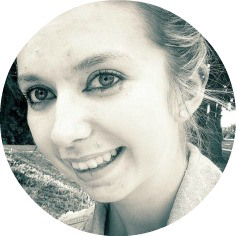 a course in the arts, which I am in my first year of. My first experience with working in a professional arts company is with The Stag Community Arts Centre, where I am near to completing a placement with them. There I have actively participated in roles such as Front of House, and have worked closely with the Marketing Manager of the company. I am now looking forward to working with A Friend of a Friend and their current exciting project which will help me develop and learn new fundamental skills needed for my career path.

What is your inspiration?
In terms of being inspired by a particular person, there is no one in particular that comes to mind. However, I do admire different people who work in the arts in the various different roles for achieving the position they are in; I am inspired by anyone who plays a part in the arts because one day I want to be 100% involved in the community, and give back something to the arts, as it has given so much to me.

What is your dream job?
Currently, my dream is to work in a West End theatre production doing anything or everything. I have yet to decide the exact role I want to pursue, but I know I am interested in, and want to work within the performing arts industry. I know that through studying on my course, and gaining experience on placements with different companies, I will establish exactly what it is that I want to do.
At this current time I will just concentrate and enjoy working with A Friend of a Friend.

Any juicy anecdotes?
This particular story comes from a visit to the Palace Theatre.

It began with failing to get cheap tickets to see Matilda; we still wanted to see a show that same evening, any show, just as long as it was cheap! We decided on the musical, The Commitments, where we found tickets for a very reasonable £10. Arriving at the box office ten minutes before the show was about to begin, my friend went to collect our tickets. Thinking we would be sitting right at the top at the back, she instead told us with a grin on her face that the box office couldn’t find us on the system, so they gave us the best available seats. This was in stalls, no restrictions and worth £100, we just paid a tenner! This was one in a life time luck I kept telling myself, so I ensured I enjoyed every second of it!
Another story, when I used to dance, I played the part of the Woman in Black. All dressed in black with dark make-up, we performed in the annual show. A few weeks after the show I was told that someone had complained because I made a little boy in the audience have nightmares for a week because of ‘the scary witch lady.’ Instead of feeling guilty, I felt proud because I met the characteristics of the woman in black. But, sorry again for scaring the little boy!

As part of our #whatsyourstory campaign towards 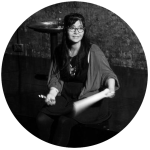 the BLACKFRIARS STORIES
events programme with Southwark Council in 2014, our Artistic Director reflects on what SE1 and Blackfriars means to her.

“Growing up in SE1 means that the area is full of memories, layered
one on top of the other like a delicious millefeuille. As for most people living in London, the riverside walk between London Bridge and Jubilee Gardens has become a familiar and well trodden route, an opportunity for my feet to take the lead while I become distracted by the jostle, the buzz and the sights. Tate Modern, the tiled pathway under the bridge echoing with chatter and a busker’s guitar, the delicious food smells begging the question: bratwurst at Borough Market or savoury crepes in Gabriel’s Wharf? And each time, the mystery – what is the ghost bridge running 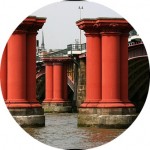 Like something out of a Dickens novel, the milestone at St George’s Circus marks the end of the Blackfriars Road, but for me it also denotes the heart of a sprawling area full of memories:

Trying to find a coffee shop on a Sunday morning when we have a full day of rehearsals ahead. Then settling for Subway as nowhere else was open at that time.

The ghostly painted Routemaster bus hidden in a yard on the corner of Borough Road. The day that they boarded up what is now the Clarence Centre, and the years that followed until its recent opening.

The many years spent working for and with London South Bank University, and the various characters that I met there; it’s a lifetime full of chores, laughter, personalities and acronyms! LRC, ARC, TOIL, UCAS, 1B33. Some names still feel like a mantra.

Walking up London Road, cycling down Webber Street, and endless bus routes, all crossing this junction at some point or other.

Drinks at The Crown after work during the summer.

Adding The Mad Hatter pub to our work ‘do’ Christmas dinner shortlist just because I liked the sound of its name. Followed by recognising a familiar face from my past behind the bar.

When I left sixth form, we had a party at Imbibe on Blackfriars 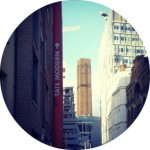 Road. One of the girls from my school had hired the whole bar out and put a tab behind the bar to celebrate our graduation. I can still remember the lush purple walls and the heated beer garden, details from a party that marked the end of our school days and the start of our last summer before university.

As a student, almost every weekend was spent strolling along the river and wandering the halls at the Tate Modern. Afternoons sunbathing beneath Olafur Eliasson’s enormous setting sun in the Turbine Hall (part of Tate’s Unilever series in 2003) provided sunshine, culture and shelter on rainy days, and when the sun was out we could grab a shady spot in the garden and reminisce on Louise Bourgeois’ Maman.

Thank you to all who have shared in our journey! We send festive wishes to all friends of A Friend of a Friend, and look forward to a wonderful 2014 full of opportunity.

Now for a mulled wine or two….

Everybody needs a midweek pick-me-up, and we love the new stand up comedy open mic nights by Point and Laugh. For a mere £3 you can enjoy the comedy talents of a great hand-picked line-up, and if you need more reasons to go, we’ve made it easy for you….

We went to the last open mic night and can honestly recommend it to all, whether you want to dip your toes in the world of stand-up comedy as a performer, or share a great night as part of the audience.

Come down and support the Arts! We’ll be there, and we hope to see you too.

Welcome to A Friend of a Friend

In the West End almost everybody is a friend of a friend, so when we needed a name for a production company that would bring together actors, writers and directors what could have been a more appropriate name?
A Friend of a Friend aims to provide a platform for those with unsung talents to perform, or have their work performed, in the West End or in major Off-West End venues. So if you’ve written a script or want to perform in one of our shows…. get in touch – and tell your friends too!