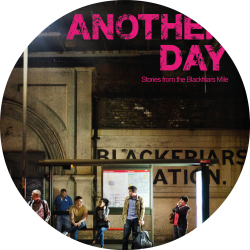 “You don’t build a community, you ARE a community. It’s blood and soul, not bricks and mortar”

Join A Friend of a Friend Productions on a tour of Blackfriars… but are we viewing the area or observing everyday life along the Blackfriars Mile? Inspired by anecdotes from local residents and those connected to this community, Another Day is a glimpse into the human connections that we encounter every day. Come and celebrate the vibrancy of the people who make SE1 unique. Explore Blackfriars in a singular event that promises to make you rediscover the hidden gem just south of the river. Another Day is a site specific promenade performance… in October… dress accordingly! 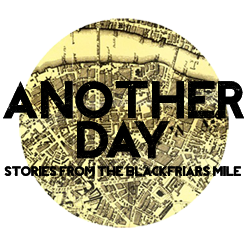 A Friend of a Friend Productions, in partnership with Southwark Council, is proud to present Another Day, a site-specific promenade theatre production celebrating the area of Blackfriars. The series of short plays will be performed throughout October, moving between sites in and around the Blackfriars Mile, offering theatregoers an experience very different from the traditional theatre environment. Think Punchdrunk meets Eastenders meets new writing.

Working with local businesses and residents, we have collected stories and anecdotes from the local community within the diverse and vibrant Southwark neighbourhood. These locally inspired stories have been cultivated and transformed into short plays with the support of professional playwrights.

Please note that this performance does not take place at the Unicorn Theatre.

Another Day is a site specific promenade performance which commences at the Mad Hatter Hotel, we advise that you dress warmly and wear comfortable footwear.

James trained at the American Academy of Dramatic Arts in New York. His current writing credits for A Friend of a Friend Theatre are What Would Andrew Lincoln Do? Sex and Pyjamas, Rose’s Turn. His other Writing Credits include The Callback (iMedia). James is currently workshopping his first full length play It’s Been Nice Knowing You. James’s acting Credits are Privates on Parade (Greenwich/Manor Pavilion Theatre), Expectations by Alexi Kaye Campbell (Arcola), Before the Night Is Through (Landor), Meet Me in St Louis (Landor), Mirrorball (Latitude Festival), The Road to Qatar (Edinburgh Fringe).

Aysha has recently completed a Creative Writing Degree with a 2.1 where she was awarded Course Directors prize in Creative Writing.  Aysha is currently in the process of producing a short film Residential that she co-wrote and her work will be showcased in the collaborative theatre project Another Day. She has completed her first feature film Absent that she intends on producing in the near future and is in the process of writing her second feature film Hair Journey. Her work is often hard hitting, message-based dramas depicting the inner conflicts of urban society.

Written by John Hamilton May

John is a playwright, originally from North Yorkshire. His first play, The Room, won the Barclay Writing Award, judged by Sir Alan Ayckbourn in 2007. Since then, his work has been seen in venues across the country such as the Roundhouse, Ovalhouse, the Tricycle, West Yorkshire Playhouse, Contact Manchester, Northern Stage, the Tron and the Edinburgh Fringe Festival. His play Baby Blue debuted at the Kenan Theatre, Chapel Hill, North Carolina in 2012 before making the top 75 in the Verity Bargate Award. In 2013, his play Love in the Past Participle completed a sold-out run at the Festival and undertook a small tour. Its translation, Pretérito Imperfecto is currently being prepared for production in Madrid. John is the winner of the BBC Verb New Voices Award, and has been shortlisted for Street Voices, Earshot, Undeb, the Sam Selden Playwriting Competition and BBC Opening Lines. He is currently under commission with BBC Radio 3, as well as working on a new full-length play, Honey for Another. John is a graduate of the Soho and Tricycle young writer’s schemes and is proud to be represented by Knight Hall Agency.

Lucy is a London-based writer of drama.  Her plays have been performed in various theatres including the Brockley Jack, Lost Theatre and Rix Mix arts centre in Shoreditch.  Her full-length play Demolition was part of the Angelic Tales festival at Stratford Theatre Royal, and her short play Rostov was performed at the Theatre Breaks new writing festival.  Trap Doors, a short play exploring attitudes towards mental health was included in Boom! at the Bush theatre, in west London.  Lucy has been employed in the music industry for many years.  She is currently working with a City of London charity which runs an outreach programme to promote classical music in inner-city primary schools.  It also gives assistance to young musicians at the start of their careers.  Lucy enjoys dancing and, along with a friend, is making a short film exploring gender stereotypes in dance.

Leeds-born Ben is a writer, cartoonist and illustrator. A graduate of the University of Chester with a degree in Drama and Theatre studies he is the author of several plays and co-author of the book for “Il Divino Farinelli; a Baroque and Roll Musical” based on the life of the famed castrato Carlo Broschi. His plays have been performed across the country including “A Misunderstanding” for A Friend of a Friend Productions “Scripted” at The Southwark Playhouse (Soho Theatre Westminster prize shortlist), “His Last Supper” at The George Tavern as part of Invertigo’s “Seven”, and “A Marked Man” at The HighTide Festival 2013. Ben is the creator of the comic strips “Catatonic”, “Modern Life is Awesome” and the award- winning “My TV is Evil” and, as an illustrator, his artwork has appeared on Phone Apps, book covers and websites, most recently designing the cover for Jenifer Toksvig and David Perkins “The Nutcracker” (Samuel French) and the logo for “Angry Badger Productions”. He is currently writing his first feature length screenplay for Symbiosis film, working on a self-penned graphic novel, and developing his character designs from “The Nutcracker” into an Interactive App Book… he likes to keep busy. Ben is also a talented ukulele player and performs as one half of the duo “The Fox and The Phoenix”, sometimes people even listen. He has tried his hand at DJing, Stand-up comedy, acting, singing and even a brief stint as a rugby mascot but still doesn’t know what he wants to be when he grows up. Ben is delighted to be working with A Friend of a Friend Productions again.

Claire was born and raised in Okehampton, Devon. She studies BA Hons Creative Writing at London South Bank University and is currently midway through her third year. This is her second production with A Friend of a Friend, her first play ‘Andy Warhol and The Twinkly Clit’ was performed at The Chelsea Theatre in November 2013. She staged managed the London South Bank University performance of ‘Equus’ which was well received and then went on manage a show ‘Only Child Syndrome’ at the Edinburgh Fringe Festival. She is currently undertaking the new challenge of screen writing an original drama and lives in London Bridge with her long suffering housemates.

Andy trained at Queen Margaret’s University. He has toured with Impact Universal, White Horse Company and Insignificant Theatre Company. His commercial work includes an advert for Morrison’s and a Mark and Spencer’s campaign for the charity Shelter. He performed in the site-specific show PARADISE STREET for Future’s Theatre Company (St John’s Crypt). Andy has played Stefan in the award winning, teen, web-series RECKLESS for the past year, managing to garner two nominations and one award for best male actor. Short films include SLAP, which has gathered a lot of interest from TV channels. Alongside his acting career Andy manages a successful music venue in Brixton.

Suzanne trained at London Studio Centre in Musical Theatre. Whilst training Suzanne did various pop videos, commercials and modelling jobs. Once graduated, Suzanne worked as an actress, singer and dancer all over the world and ended up in Paris as a Can-can dancer at the Moulin Rouge. When she came back to London, she decided to go into acting full time and worked for the Globe as a stage combat artist and actor for various special events like William Shakespeare’s birthday, Sam Wanamaker Day, Frost Fair and the 250th anniversary of Borough Market to name a few. Suzanne also got to be an Assistant stage combat Instructor for Equity Registered fight directors Phil Stafford and Andrew Ashenden and taught for The Globe Education, London Studio Centre, Italia Conti School of Performing Arts and Guilford School of Acting. Suzanne has also been a Theatre Technician in the westend for the past eight years working on various shows like The Curious Incident of the Dog in the Night-Time, We Will Rock You, Billy Elliott, Spamalot, Flashdance, The Last Confession, The American Ballet Theatre, Lord of the Dance: Dangerous Games with Michael Flatley. Suzanne was also Account Executive for a popular cabaret act The Brit Girls and has been doing various office/production work in London for the past five years.

Jay is currently studying for a BA in Drama and Performance at London South Bank University. Specialising in Music and Multimedia Theatre Jayden has worked on a variety of shows include ITV’s Loose Women, The Chase and This Morning. Previous Theatre credits that featured original compositions include adaptations of Equus, Spring Awakening and Macbeth.

For more information and bookings: www.JaydenBirbeck.co.uk 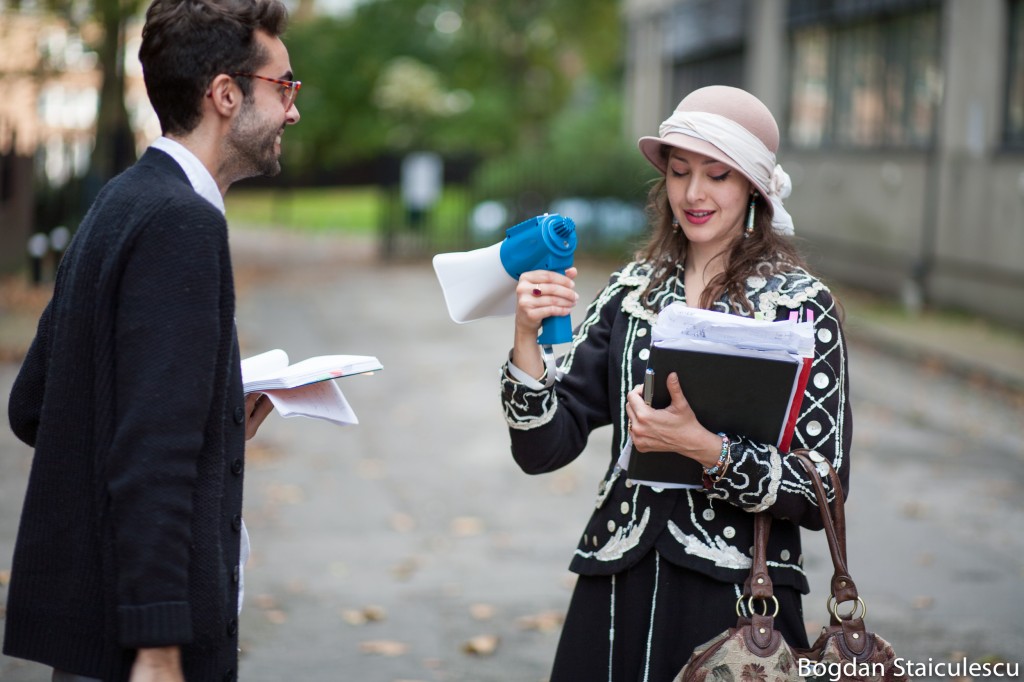 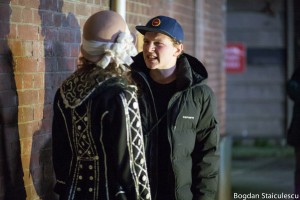 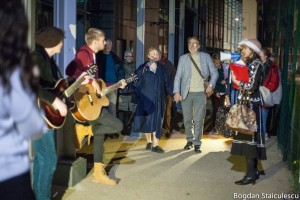 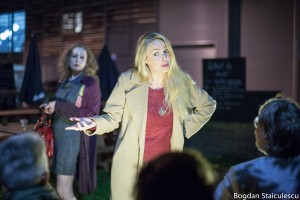 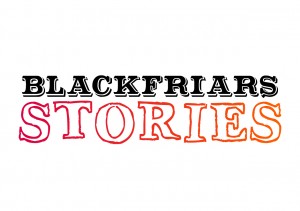